what are YOU lookin' at?

By heavyboots,
December 17, 2015 in Random Thoughts

Fury Road for the second time, and not disappointed. I was a bit afraid of watching it again because a few weeks ago I watched Pacific Rim :I had liked it a lot the first time and found it embarrasing 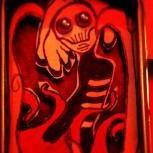 Lucifer- He burnt a bridge, got to joke with his brother, and found out about Mazikeen's loyalty- it is always interesting to see the turns they'll take with this type of story- I am always waiting fo

The Big Short was hugely depressing but a really excellent movie, none-the-less. Highly recommended if you have the stomach for watching the shenanigans the banks were pulling in the early 2000's.